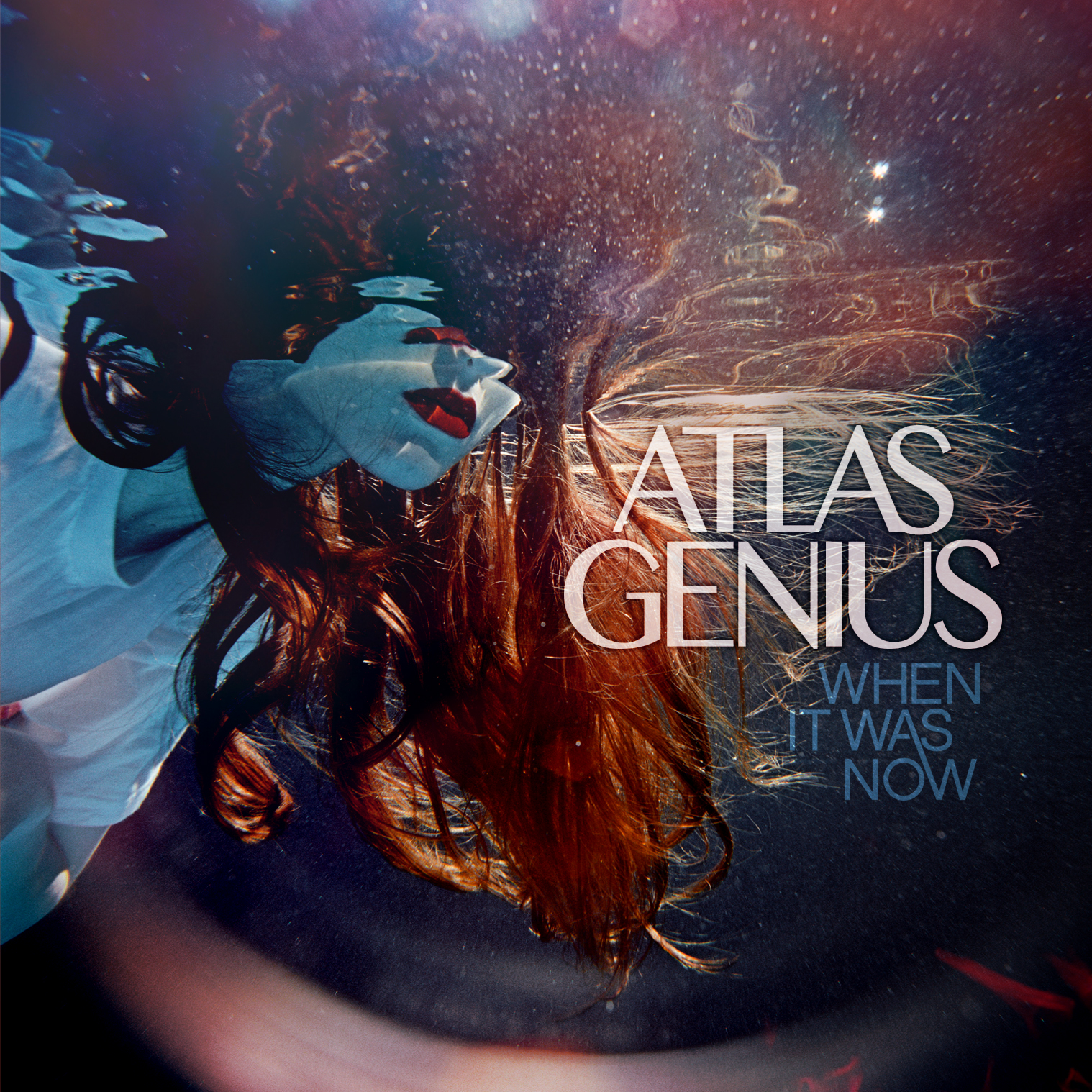 CD Review: Atlas Genius – When it was Now

Review by Ellen Eldridge
Atlas Genius managed to do what almost every band wants to do and what very few achieve: buzz. Before the release of the band’s debut full-length, with only an EP, Atlas Genius generated quite a bit of well-deserved buzz.
“Like an invitation you weren’t expecting to get, Atlas Genius knocks on your door and creeps into your peripheries in stealth mode,” said Neon Gold shortly after the then-unsigned band put “Trojans” on SoundCloud last year. “Fair warning: ‘Trojans’ will invade your head, all dressed up in a clever disguise of earnest vocals riding a hooky riff.”
“Trojans” sold 45,000 downloads in the United States alone before Atlas Genius even signed to Warner Bros. Records, the label that released the Through the Glass EP last June and releasing When It was Now on Tuesday February 19. This fourth track on the debut will hook eager new listeners sinking their teeth in to Atlas Genius, but the moving melody and solid grooves will have toes tapping and heads bobbing before the second track, “If So,” even finishes.
The mood sets in immediately with the first track, aptly titled “Electric,” and it continues throughout all 11 tracks. The third track, “Back Seat,” hits the nail on the head with the happy-go-lucky chorus melody overriding a darker implication: “I’ll sell you a feeling…I’ll sell you a meaning.” Buy into it because Atlas Genius really is genius.
The Adelaide, Australia-based indie band accomplished a sense of falling into success because they weren’t actively seeking label interest; the labels and lawyers came seeking them.
“We had begun to think that music was a pipedream and we had all gone back to university to pursue more realistic careers,” recalls vocalist/guitarist Keith. Buoyed by the outpouring of interest, the three brothers – Keith, Steven and Michael Jeffrey – quickly got back to writing and recording more songs.
Now is the time to pick up on such a lively act filled with rhythm, melody and meaning. The fact that “Trojans” became so instantly popular lies in the honest integrity of the song. It’s a tune about the “virus” that lodges in the minds of musicians and artists.
The chorus resonates, “Write a song/ Make a note/ For the lump that sits inside your throat/ Change the locks, change the scene/ Change it all but can’t change what we’ve been.”
Such a spirit sinks deep inside the flesh of dreamers and music lovers alike so it feels refreshing to find and enjoy the success of a band like Atlas Genius.

atlas genius, Ellen Eldridge, when it was now