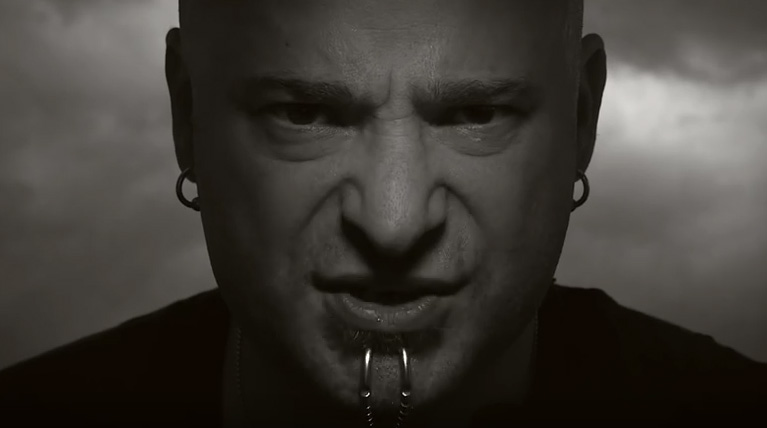 ‘The Sound of Silence’ gets Disturbed, hits #1

Disturbed’s take on the class Simon & Garfunkel tune “The Sound of Silence” hit number 1 on Billboard’s Hard Rock Digital Songs chart.
Maybe it’s the weather. Or the holidays. Maybe frontman David Draiman was just high when he sang the haunting lyrics, as he told Blabbermouth.

But “The Sound of Silence” has always held power for me and I know I’m not alone.

The band’s rendition of “The Sound of Silence” has been available for download since the Aug. 21 release of the latest Disturbed album, Immortalized, but the track received renewed fans’ interest following the release of the official music for the song on Dec. 8.

The video also lends itself well to the remake, with the opening scene casting shadows over a plastic keyboard on fire.

Disturbed’s Draiman has a heavy, angry quality to his voice that carries melody like an undercurrent. His voice is well suited for the subtle anger implied in the disappointed lines:

And in the naked light I saw
Ten thousand people, maybe more
People talking without speaking
People hearing without listening
People writing songs that voices never share
No one dare
Disturb the sound of silence

The swelling vocals coupled with the black and white video closeup of Draiman’s face illustrate the mood of the song, which is something the original song couldn’t do in 1964.

A Rolling Stone reader’s poll placed the original as the number 1 song of all time written by Simon & Garfunkel. The poll quotes Simon as having said he wrote the opening line, “Hello darkness, my old friend/I’ve come to talk to you again,” only three months after the assassination of John F. Kennedy. The song’s popularity helped reunite the duo, Rolling Stone says.

Personally, I believe timing helps and the remade song acts as a coping mechanism for the stress of the holidays. Check it out and if you’re in a place where you need some angry melody, turn off the lights, get under the covers and sing along with Disturbed’s version of “The Sound of Silence” this Christmas.

disturbed, the sound of silence