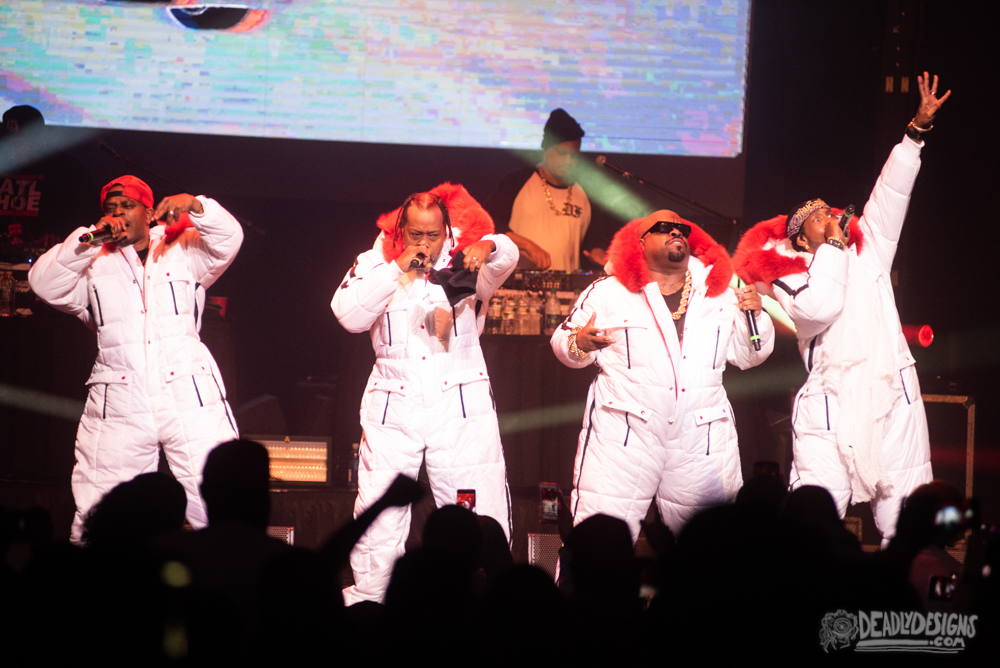 Big Boi decided to celebrate 4/20 by getting the family back together, the Dungeon Family that is. The Dungeon Family, consisting of Big Boi, Goodie Mob, Organized Noize, KP the Great, CeeLo Green, Sleepy Brown, Backbone, Cool Breeze, and Big Gibb, performed at The Fox Theatre Saturday night. If you weren’t aware of the date, it was obvious as soon as you walked into the lobby.  They last played in Atlanta on September 11, 2016, as part of the One MusicFest. After Kneel’n Rey, KP the Great, and Youngbloodz warmed up the crowd, the Dungeon Family took the stage ten minutes earlier then their scheduled set time! As Big Boi and the rest of the Dungeon Family took the stage, the crowd immediately stood on their feet and put their “A’s” in the air.

Throughout the night, The Family took turns performing songs from their collective catalog. This included earlier tracks such as “Goodie Bag” by Goodie Mob from 1995 to Big Boi latest single “Doin’ it,” which was released earlier this year.  Other highlights included Big Boi performing Outkast favorites “B.O.B,” “Ms. Jackson,” and “The Way You Move” with Sleepy Brown filling for the absent Andre 3000. CeeLo Green also performed “Fuck You” along with a danceable remix of Gnarls Barkey track “Crazy,” which lead to the entire Family taking the stage to side-step dance during the breakdown. While Andre 3000 did not make an appearance, Killer Mike joined the rest of the Dungeon Family to perform “Return of the Dope Boi,” a collaboration with Big Boi and Backbone which was released earlier this year. Killer Mike, who was also celebrating a birthday, also stayed to perform the Purple Ribbon All-Stars track “Kryptonite,” which energized the crowd and packed the stage full of Family members. After nearly two hours, the night was closed out by a performance of Cool Breeze’s track “Watch for the Hook.”

Words and Photos by Mike White