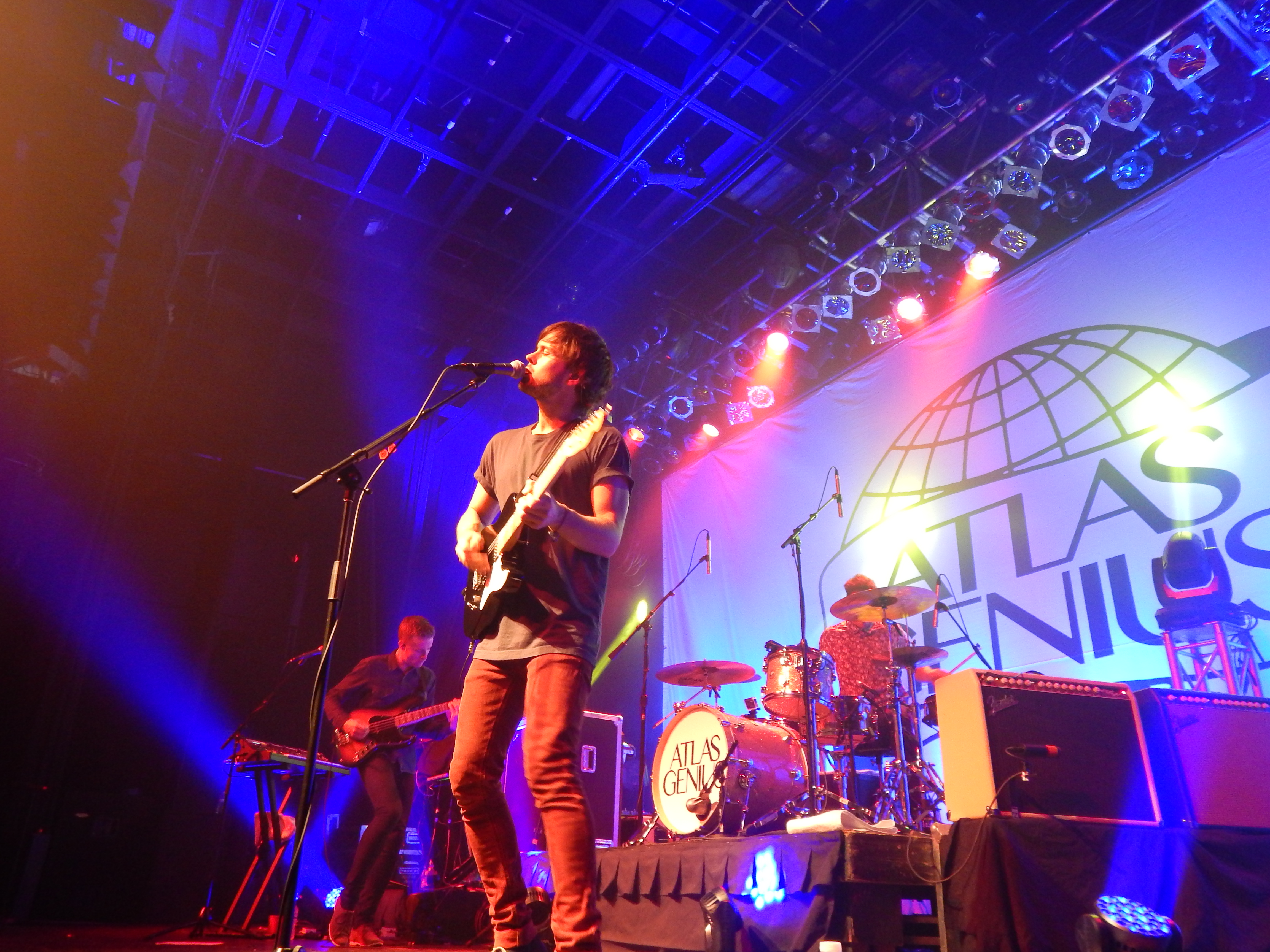 I was looking forward to seeing Atlas Genius headlining a show for the first time, last night at Center Stage theatre. I had seen both Atlas and their opener, Family of the Year both as supporting bands at smaller venues, so I knew this would be a different experience.

Family of the Year came out with exuberant energy, and it was nice to see the 5-piece band on a larger stage. The band hails from Los Angeles, and although only front man Joe Keefe and drummer Sebastian Keefe are siblings, the band comes together as a true family unit. The group feeds off each other well during their set, creating a feeling for the audience member that makes you feel a part of the family. All of their songs had an uplifting spirit, including “Diversity” and “St. Croix”. The highlight of the evening and crowd pleaser, was “Hero”; the band was floored that the crowd was singing along, and that is always a great thing to see as a concert go-er.

Atlas Genius took to the stage with a very dramatic entrance that only made the front row of young girls go mad in anticipation. Like Family of the Year, it was pleasing to see Atlas Genius be able to utilize the entire stage, including jumping around off of the drum platform, and lead Keith Jeffrey running up and down the front of the crowd with his guitar. The band was the most electric I had ever seen them, which I’m sure stems from this being their first headlining tour. Atlas Genius has gained a huge following almost over night, every song the crowd sang in unison with the band, and each song was a crowd pleaser. My favorites were “All These Girls” and “Electric” played during their encore performance. I’ve fell in love with the band with their singles, “If so” and “Trojans” but it was really nice to see the group play their entire album on a large stage, as the headliner.

I had always enjoyed both of these bands, but I walked away last night with a new appreciation for the groups and their music.